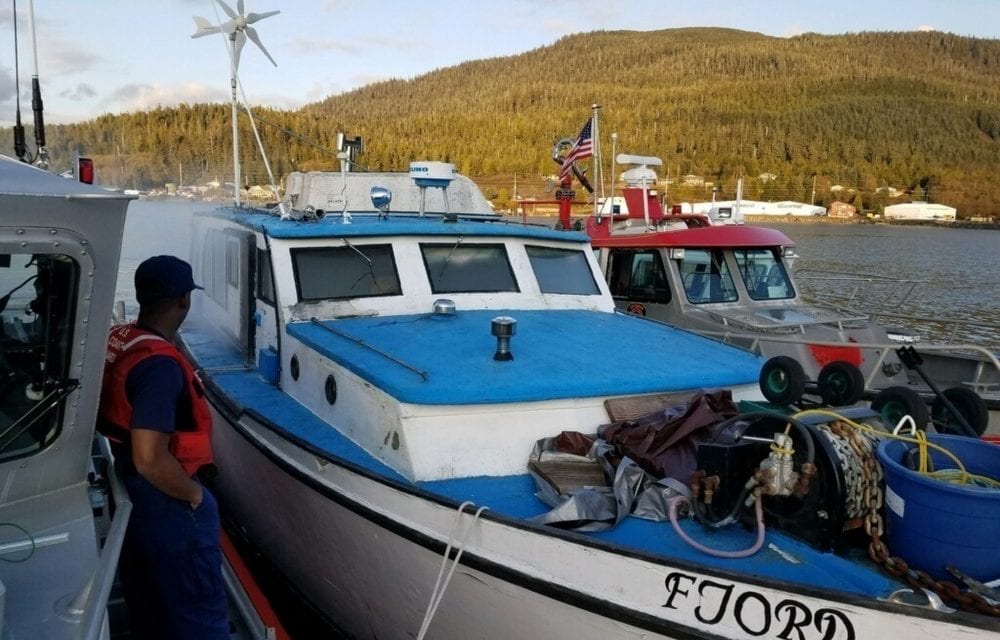 Three boaters are reportedly safe following a Friday rescue from a burning boat in Ward Cove. The U.S. Coast Guard and Ketchikan Fire Department dispatched boats shortly before 5 p.m. Friday following reports that the 40-foot recreational boat Fjord was ablaze with people aboard.

Authorities found that the three mariners and a member of the harbormaster’s office had the fire under control. Firefighters took the boaters to shore while the Coast Guard towed the still-burning vessel to a dock on Ward Cove where the fire department extinguished the fire.

There were no injuries reported.