Malaspina ferry could get second life as Alaska attraction 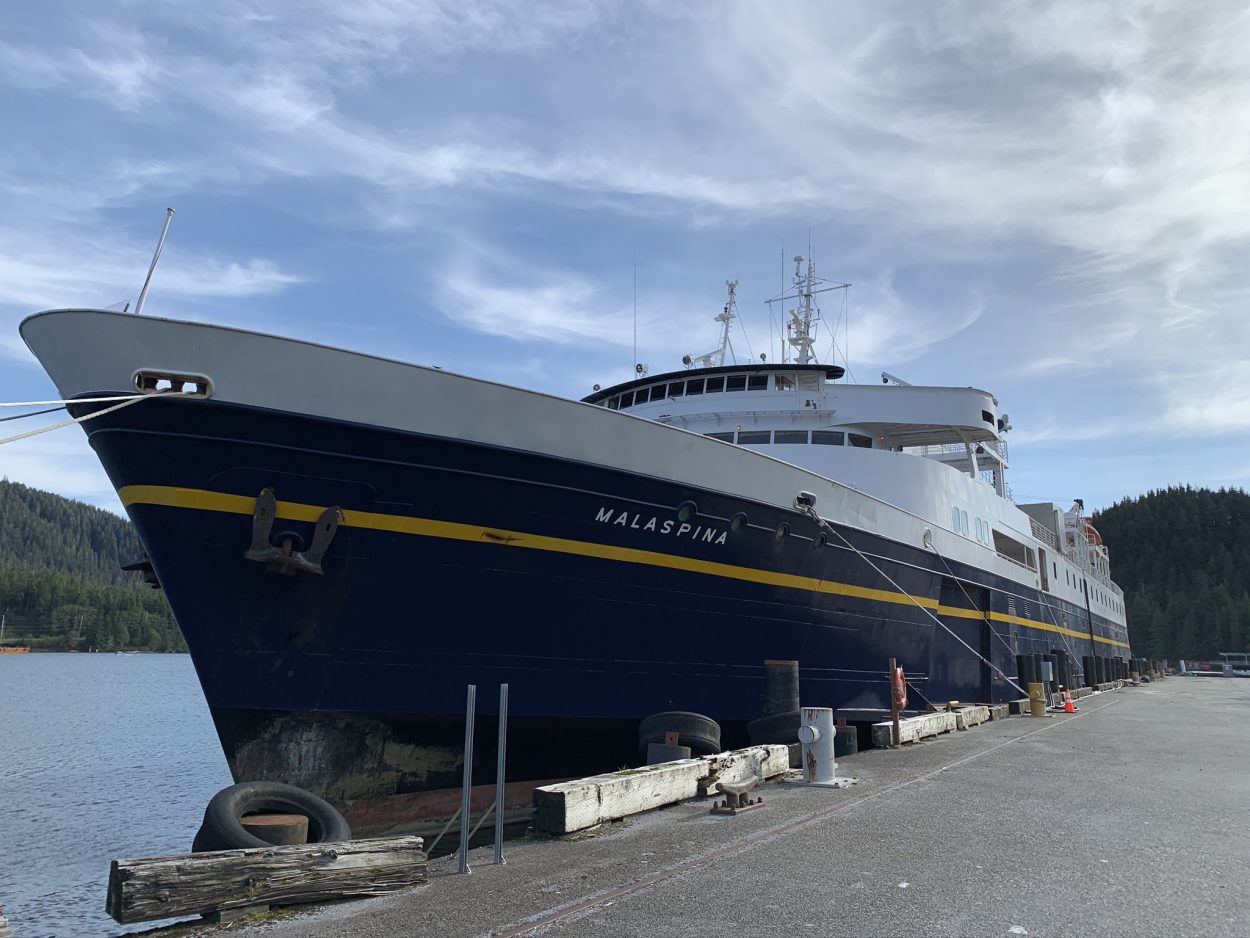 The state ferry Malaspina sits in layup in Ward Cove near Ketchikan on May 10, 2020. (Eric Stone/KRBD)

The Department of Transportation said Tuesday that four parties have expressed interest in the Malaspina, a mainline ferry that’s been a mainstay of the fleet since the 1960s. It’s the latest twist in the process initiated by the Dunleavy administration to unload an iconic state ferry that’s been idle for more than two years.

The Malaspina ferry hasn’t sailed since December 2019. The Dunleavy administration decided then to tie it up at a private facility near Ketchikan rather than invest at least $16 million into the steel work needed to keep it seaworthy.

But even idle, the state is paying upwards of $75,000 a month in mooring fees and insurance costs at the private Ward Cove facility.

DOT announced on February 18 that an unnamed U.S. buyer who would keep the 450-passenger ship in Alaska was interested. It solicited proposals from other interested parties and got three more prospective buyers by the March 7 deadline.

“Hopefully we’ll have something in there that can allow the Malaspina to remain in Alaska,” DOT spokesperson Sam Dapcevich said Wednesday, “and that preserves the vessel’s historical value and promotes the marine highway system.” 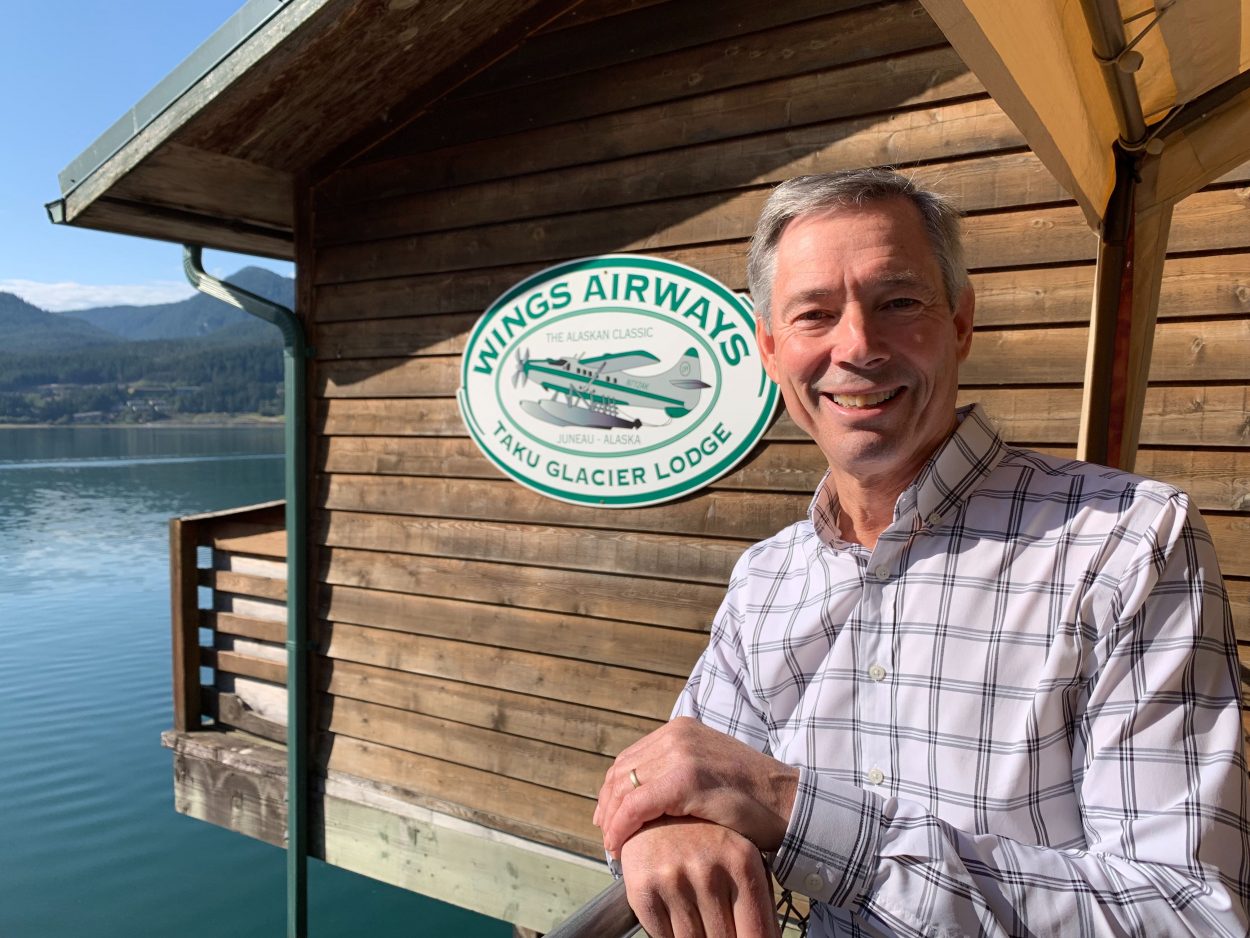 John Binkley on Juneau’s downtown waterfront on Sept. 9, 2019. He has a stake in the Ward Cove Dock Group which owns a newly created venture now making a bid for the Malaspina ferry. (Photo by Adelyn Baxter/KTOO)

CoastAlaska put in a public records request to DOT for the letter so interest from prospective buyers.  It was denied by the agency which said it would only release them after the sale was finalized.

But it did release the names of four interested parties. On top of the list is M/V Malaspina, a limited liability company incorporated on the March 7 deadline set by DOT to express interest in the ferry.  Its agent is listed as John Binkley, a prominent Fairbanks Republican.

He also owns half of the Ward Cove Dock Group with the Spokely family of Ketchikan, a partnership with the family firm that’s paid by the state to store the Malaspina and other idled marine highway vessels.

Binkley confirmed he and his partners are interested but said he wasn’t ready to talk about it.

“We like these projects — we like to think big and nothing really scares us,” said Greg Meyer of Cordova. He and his wife own a waterfront restaurant in the Prince William Sound community. He says his family was sad when the ferry Taku was sold for scrap in 2018.

The Malaspina could be redeveloped on tidelands that are part of a former Cordova cannery property they own and make use of the vessel’s staterooms. 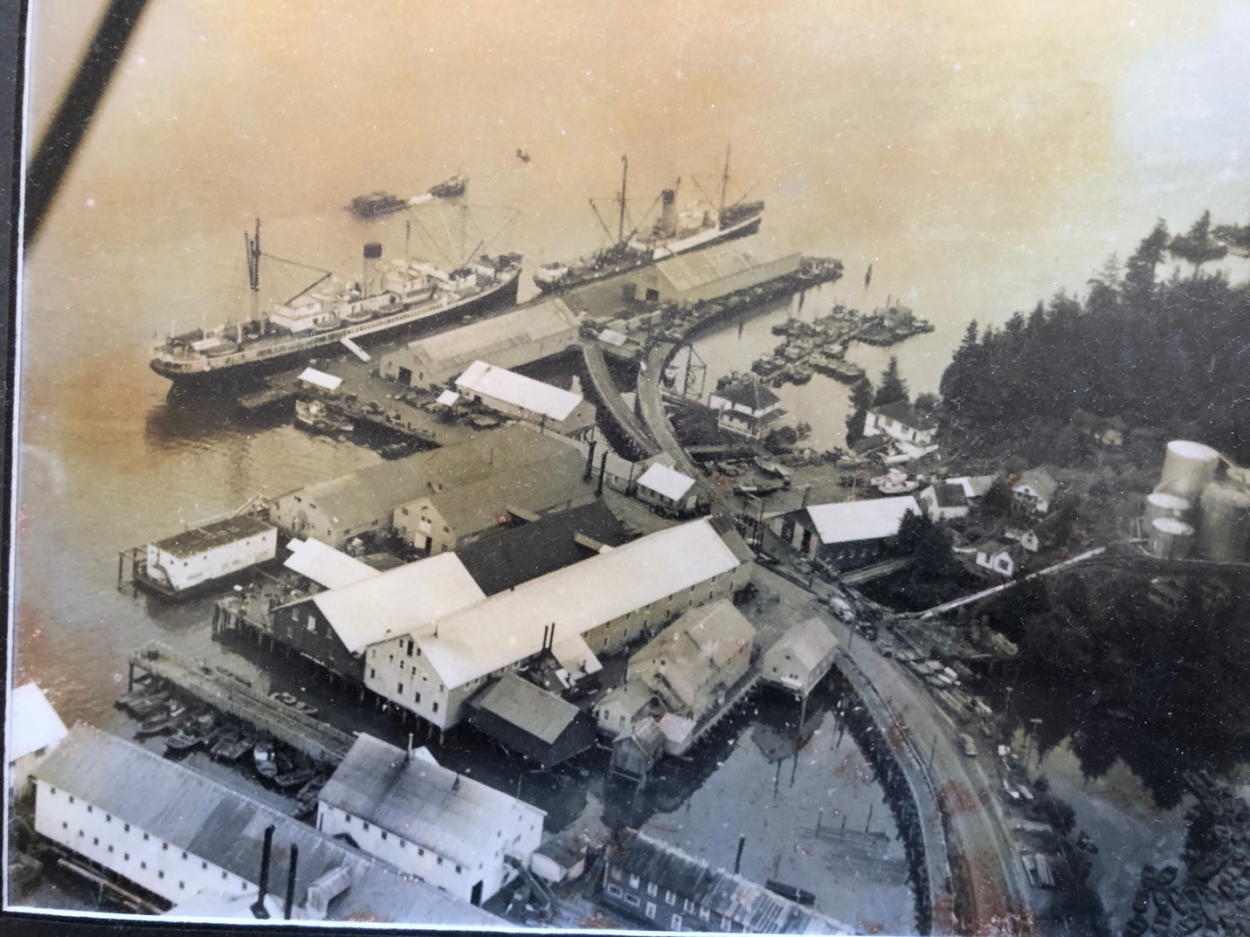 A1945 photo of the the Cordova waterfront property now owned by Greg Meyer and Sylvia Lange of Cannery Row LLC. The couple has proposed to beach the Malaspina on tidelands it owns as a restaurant and hotel. (Photo courtesy of Greg Meyer)

“We would be interested in converting the ferry into a floating hotel/restaurant,” Meyer wrote in his pitch letter to the state.

There are other potential uses for the former passenger ferry, he told CoastAlaska.

“Cordova has a housing shortage,” Meyer said by phone. “And we have seasonal workers that can never get housing in the summer. So it would help us to stimulate our economy.”

Another interested party is Meridian Global Consulting, a Mobile, Alabama-based firm that said in its letter that it owns three vessels of similar size.

“Meridian’s intent in purchasing the Malaspina is to use her as a floating hotel and
restaurant in and around Alaska,” wrote the firm’s owner Jonathan McConnell.

“If they’re going to ask, you know, $4 million for this vessel — then it’s not worth it,” McConnell said by phone from Riyadh, Saudi Arabia.

This isn’t the first time he’s approached the state to buy the Malaspina. Last year Meridian offered $625,000 for the ship to be repurposed as a floating barracks. It would house security contractors working to protect international shipping off the Horn of Africa.

But now the state says it wants the Malaspina to remain in Alaska. And he says his firm could do that. McConnell says he’s talking to partners in Alaska to turn it into a floating attraction.

“It’s a pretty neat experience to be able to eat a meal on board an old, beautiful vessel,” McConnell added.

The fourth interested party is HighSeas, Ltd which DOT says is registered in India. A BBC investigation last year found the firm had bought a historic British ocean liner at auction saying it would be used as a floating hotel in Dubai. But it was broken up for scrap.

DOT’s regional spokesman Sam Dapcevich says his agency acknowledges there has been commercial interest in the ship. But it wants to ensure that the Malaspina comes to a dignified end.

“The state doesn’t want the vessel to end up a derelict somewhere because someone bought it and didn’t have the means to take care of it,” Dapcevich said. “We prefer that it not be cut up for scrap, like what took place with the Taku years ago.”

Other ideas thrown around last year included scuttling the Malaspina in deep water. Gov. Dunleavy had also offered to give it away to the Philippines. But state officials say the government in Manila wasn’t interested.

DOT hasn’t committed to any timeline but says any transfer would have to be approved by the feds because of federal highway dollars used for its upkeep.